For this year BlackBerry – previously called RIM has announced that it will make available a bunch of new generation devices by the end of the year. There is even talk of the manufacturer having in its plans a BB PlayBook 2 tablet or the BlackBerry 10 how the recent rumors have called it. 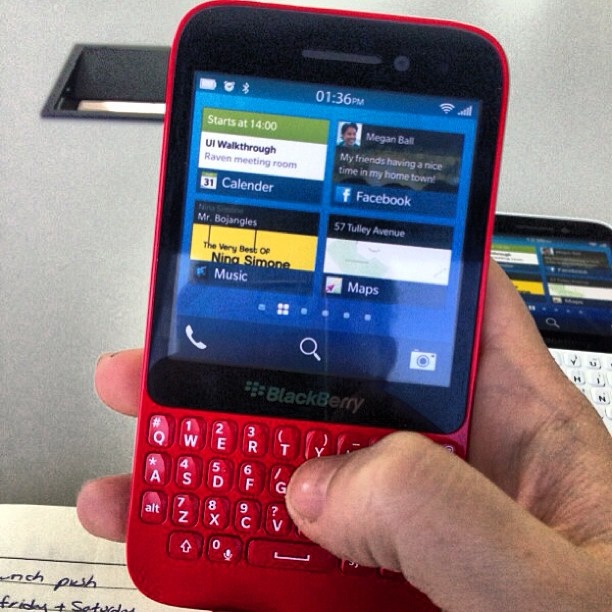 Among the manufacturers plans for this year the BlackBerry U10 and BlackBerry R10 that are said to be available towards the end of the year. Rumors have placed the latter to be announced somewhere in Q4 and unlike the U10 which is said to be a full touch device, the R10 comes with a QWERTY keyboard in the more traditional style of the manufacturer.

The recent leak showing a photo of the upcoming model from BlackBerry reveals the manufacturers plans to release the device in a different case color than what we’ve used to. On top of that the source states that the design is all plastic, though we can rest assured of the quality of the build from BB’s side. At this time we still haven’t found any info in regards to its specs.