Nokia Lumia 928 has leaked quite a few times, so we feel like we know it already. We’ve already seen renders and hands on pics, spotted specs and FCC approvals. All that’s lacking is an official debut… till then a leak like the one below will have to do. 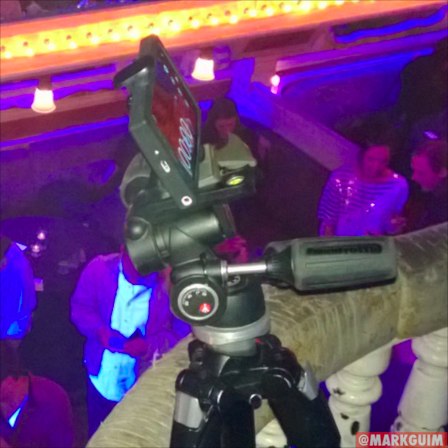 Mark from theNokiaBlog took part in a Nokia hosted concert in New York on May 2nd and guess what… on a tripod filming the event was a Nokia Lumia 928. The handset was available in black and was probably there to showcase its video capture features, especially during a concert. The device has a black case that hides its design features. There’s a Xenon flash on board and we now know that the product is coming before May 14th, for some reason.

Nokia is expected to publish the video from the concert as the product gets unveiled. What’s the deal with the device? Well, it’s basically an upgraded Lumia 920, that will either change the body with a metallic one or change the camera with a 41 megapixel Pureview shooter… both of them would rock.