Just as we were wrapping up the weekend, here comes some fresh news regarding BlackBerry Storm 2, that has just been spec’d and rumoured to hit AT&T pretty soon. Also, it’ll be available on Rogers and it’ll be dubbed the 9550. 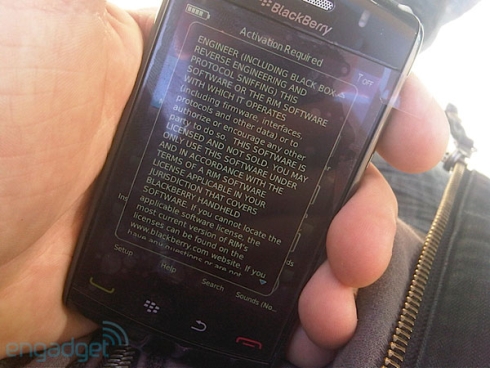 Storm 2 will sport 802.11 b/g, BlackBerry OS 5.0, a 3.2 megapixel camera and a capacitive touchscreen (360 x 480 pixels). Word’s out that there will also be a GSM version of the handset available, with 3G support on board and the BlackBerry Storm 2 will hit the stores sooner than expected.

The grain of salt is still here though…