Sentinel 2: Earth Defense is the follow-up to the Sentinel: Mars Defense strategy game, based on the classic “Tower Defense” titles. Going for $1.99 via App Store, this game allows you to build and upgrade defense towers, that also pack turrets. 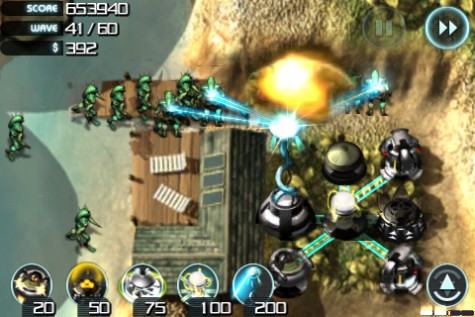 The player can also deploy ships and drones, in the attempt to defeat the evil aliens and their army. You can play the title in “Mission” mode, for a quick tactical challenge, beat scenarios for various benefits and view your full highscore and achievements online.

There’s also the option of using chat via the free OpenFeint service and you’ll create friends that also play this title. The audio background is provided by an old-school techno soundtrack and here’s a short demo of the game: