Happy Thanksgiving folks! Seems that a user on HoFo recently reported that he has unlocked his BlackBerry Storm, which now works on T-Mobile’s GSM network. The skilled hacker sourced a SIM unlock code from Verizon and updated the phone with software that was intended for BlackBerry Bold. 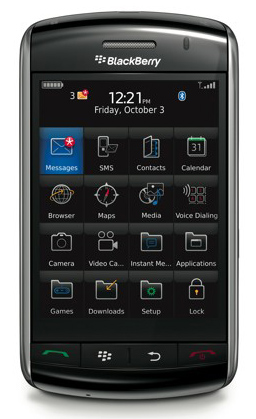 Second, Boy Genius Report claims that two major updates of the BlackBerry Storm are just weeks again from launch. They’ll solve all the issues of the device and kill all annoying bugs. For example, the updates will solve the sudden reset issues, the out of the blue muting of the device when using voice-activated dialling or the loss of email connectivity via CDMA.

Also, some folks have had problems with turning the radio on or entering characters via the phone’s virtual keyboard. Gone, gone, gone by the end of the year are all of these!