A recent CNN interview with Martin Cooper, the Motorola engineer who was part of the team that invented the first cellphone, revealed the inside story behind this great invention. The very first device of this kind popped up in 1973 and you can check out the full interview here. 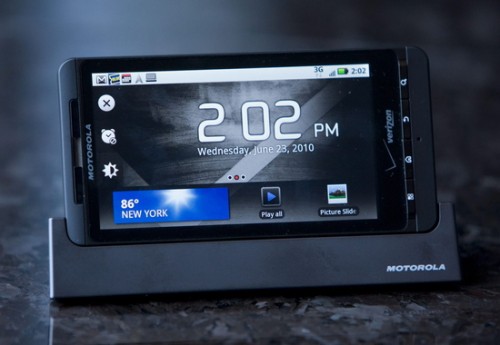 Apparently, Ronald Reagan wanted a prototype of the phone, but it was only available for about a million dollars. It took 10 years for Moto to turn the unit into a commercial product, that reached a $10,000 cost and another 10 years to launch affordable phones.

From the same interview, we learn that Martin Cooper is now using a $5000 Vertu, the famous luxury phone made by Nokia’s luxury branch. However, Cooper is sure that Android OS is the future (and Moto phones with it), as they’ll eventually overtake the iPhone. The device in the image above, Moto Droid X is one of the handsets that will turn things around for the company that invented the cellphone and has stood in Nokia’s shadow for too long.