Believe it or not, this is Sony Ericsson’s first Android phone, in all this craziness regarding the popularity of this OS. We’re talking about the XPERIA X10, that was recently demoed at CES 2010, in Las Vegas. 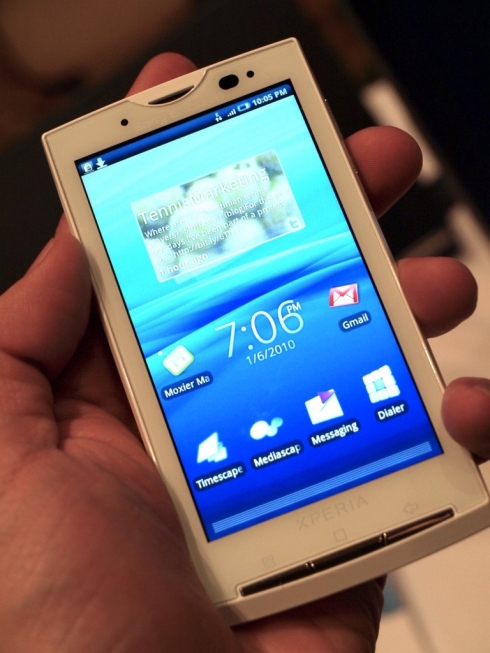 The device sports the largest capacitive touchscreen display on any Android phone out there, but it takes full advantage of it. While many say that Nexus One is the best Android phone, some beg to differ, specially if they’ve played with the X10 for at least a couple of minutes.

For starters, you’re impressed by the 4 inch capacitive touchscreen display, 1 GHz Snapdragon processor and 8 megapixel camera, plus the usual smartphone goodies (GPS, microSD card slot and WiFi). The X10 beats the Nexus One in looks, specially thanks to its thin bezel surrounding the display, making the device look like a huge touchscreen.

The latest XPERIA model uses a custom SE Timescape UI, more of an application than an interface, if you ask me. While Timescape is based on a timeline, there’s also a Mediascape UI, handling the multimedia content/playback features. X10’s experience is intuitive, transitions are smooth and the UI is quite hot.