The folks of AreaMobile.de have recently tested the iPhone 3GS, HTC HD2 and a bunch of other top smartphones (Motorola Droid, Nokia N900 and Palm Pre), in order to determine which of them handle the web browsing process better. The test can be seen in the video below and the results in the tables after the break:

HTC HD2 came second to the iPhone 3GS, as far as the speed is concerned, at least when the visited page was not cached. The two handsets were equals, when the page had already been visited and you should know that these tests were done with the aid of a WLAN connection, while HSDPA added 3, to 4 seconds extra to the loading time. 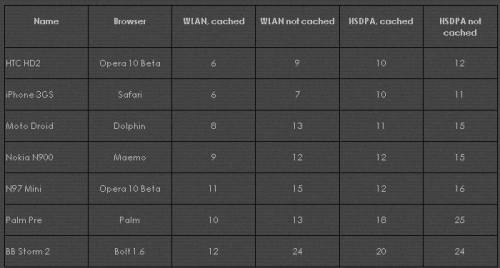 The HD2 used the Opera 10 beta browser, while the iPhone 3GS relied on Safari and third placed Moto Droid used Dolphin. Fourth placed Nokia N900 used the Maemo browser, while Palm Pre relied on the Palm browser, Nokia N97 mini on Opera 10 beta and BB Storm 2 on Bolt 1.6. There was another test involved in this comparison, the one of rendering accuracy, done with the aid of Acid 3 software. 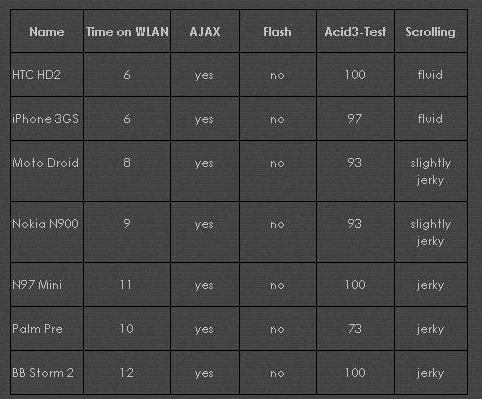