Viliv P3 was among the many devices tested by Engadget @ CES 2010 and they seemed pretty satisfied with it, in the end. This is a nice looking PMP, that might as well make a decent phone, thanks to its big AMOLED display and cool 800 MHz Cortex A8 CPU. 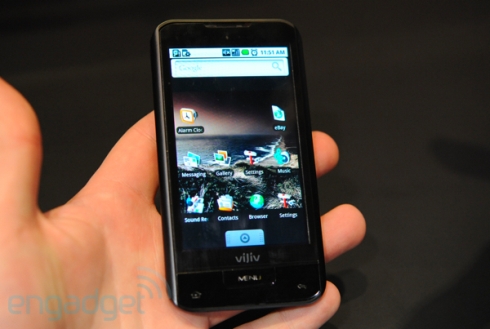 The device has a very impressive waistline, measuring a mere 9.8mm, 1.7mm less than the slim Nexus One. Also, Viliv V3’s display supports 800 x 480 pixel resolution and sadly, this is an early prototype, so there’s a long way till the PMP reaches the market.

Its features include 720p TV out, up to 32GB of storage, optional T-DMB and DAB tuners and a microSD card slot at the bottom. The device is even able to dual boot, although during Engadget’s tests it ran only Android. 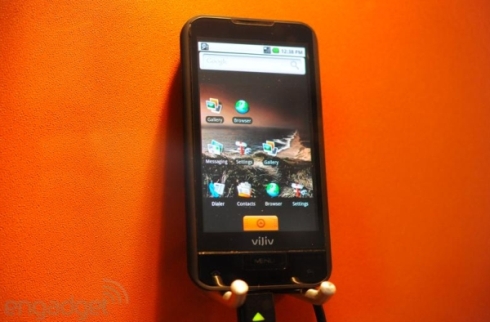 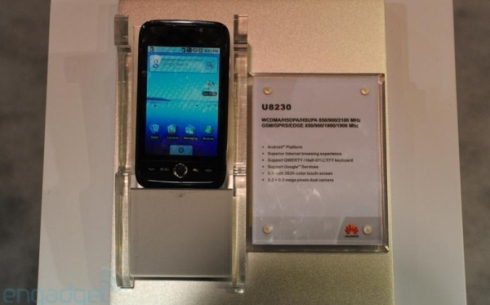