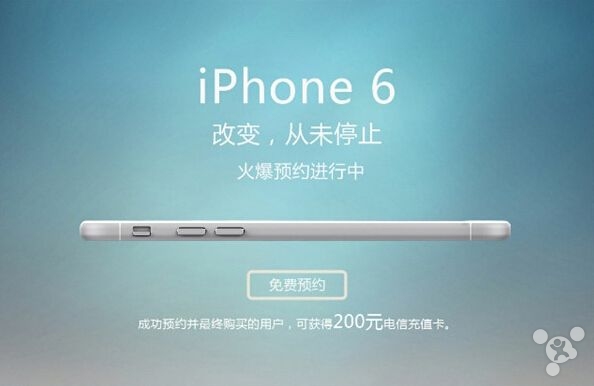 The three big carriers in China have started taking preorders for the iPhone 6 and this was a good occasion to detail the specs of the new handset. I’ll remind you that the device will be launched on September 9th, which is next Tuesday, but till then there will be more leaks and such official occurences. 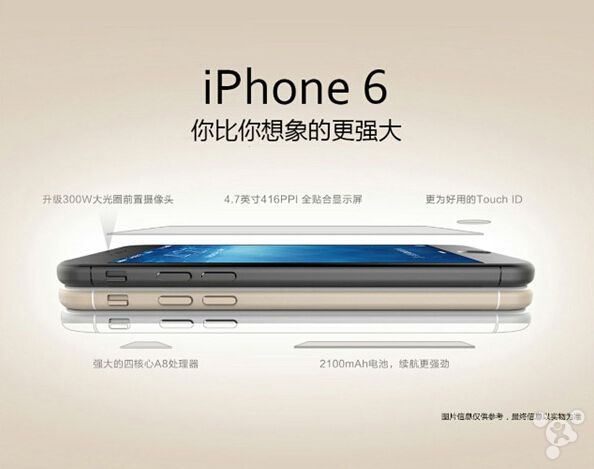 Apparently, China Mobile is playing it safe, with a “mystery phone” preorder, while China Unicom says that it’s an iPhone 6 and China Telecom has detailed parts of its specs. This device is listed with a 4.7 inch display with 416 PPI density, Touch ID fingerprint scanner and quad core Apple A8 processor, as well as 2100 mAh battery. China Telecom is supposed to make the best out of this advertising, because they’re quite cautious about the specs.

We’ll learn more on September 9th, but till then I should remind you that Chinese leaks are reliable and that Tim Cook has been in China a lot over the past years. Also, the iPhone is made at Foxconn’s Chinese factories, so yet another reason for local carriers to know more than operators from other parts of the world.