Dell Streak was already hot enough on its own, but imagine attaching a QWERTY keyboard with plenty of input options to this hot MID. We’re talking about the Logitech diNovo Mini that was recently paired with a Dell Streak unit, enhancing its functionality. 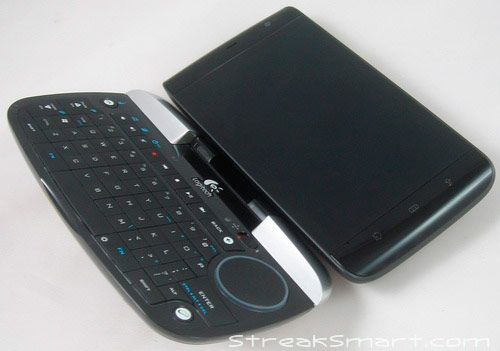 You’ll spend only a bit over $100 for the accessory, a portable Bluetooth keyboard that was launched two years ago. Its cover holds the Streak perfectly and interacts with the 5 inch handset as shown in the video below. Basically, what we see here is an Android laptop killer and a reason to quit using notebooks alltogether.

Pairing is done seamlessly via Bluetooth and the keys plus finger pad operate with ease. Pure magic in the video below: