RIM has started to take decisive action in order to set the launch of its new OS in motion. The manufacturer has only today re-branded what is now called the BlackBerry World and promised to offer multimedia content  including music and video, in the near future. 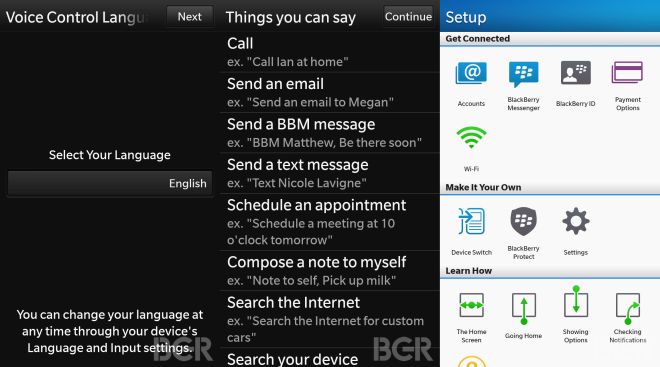 BGR has managed to get a hold of no more then 100 screens of the gold master version of BlackBerry OS 10. The images explore just about every feature and option of the OS from every possible angle. Let’s not forget that RIM is expected to officially introduce the new OS along with the smartphones to go with it at the end of this month.

Two of the handsets rumored to be announced by the end of the month are BlackBerry Z10 and X10. One is said to offer a full touch-screen experience while the other will feature the full QWERTY keyboard we all know and love from RIM. According to the sources BGR managed to gather that the BlackBerry Z will be priced around $199 with a price of $149 if you go for a two year contract. The RIM event will take place in New York on the 30th this month. Hit the source link for the  complete gallery of photos.