We’ve seen transparent or partly transparent handsets before, but never one with a transparent color touchscreen, like the model shown below and demoed by NTT DoCoMo in Japan. A couple of years ago LG launched a transparent keyboard phone, then we had the Xperia Pureness and its transparent monochrome screen and recently the Xperia S with that transparent bar at the bottom. 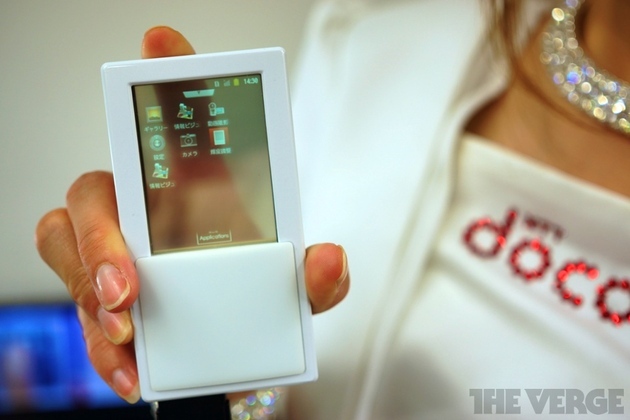 However, this device is an entirely different thing, albeit it’s in prototype phase. Japanese carrier NTT DoCoMo demoed it and showed that you can use both sides of the touchscreen to operate the handset. Another interesting feature is the ability to change screen taps so they’ll work much like the Shift key on traditional keyboards. A demo of a Rubik’s cube being solved with taps on both sides of the screen was shown, to emphasize the use of the transparent dual screen. This reminds me of the PS Vita console, that uses a front touchscreen and back touchpad to solve similar puzzles in games.

A DoCoMo representative also mentioned that viewing the screen in sunlight may pose some problems, but if you place a dark object behind the screen, visibility will be improved. I’m curios if we’ll ever see this product on the market and if so, who’s going to make it. My money’s on companies like Panasonic, Fujitsu or Sony.