This week Microsoft unveiled Windows Phone 8 and announced the fact that this OS won’t come as an update to any current WP devices, including the Lumias. This leaves them with a consolation update called Windows Phone 7.8, that brings some of the features of WP8 to the older devices. Apparently, the update has began surfacing on some devices, albeit for testing purposes. 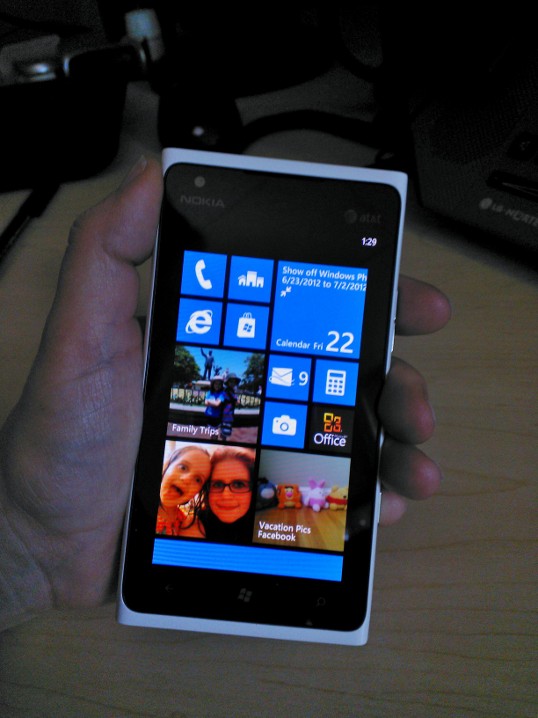 The image you see above is the proof of that, showing a Lumia 900 with the WP7.8 build. How can you tell? Well, this early build gives the user more tile sizes, including a smaller one and the wider tile, as big as two medium ones. Microsoft employees are the ones playing with this release, since they’ve posted the picture to Twitter. The handset shown here is the US version of the Stormtrooper Lumia 900 and this is a very early build, so don’t get your hopes up.

Rumors say that the software will arrive around July, at best. Among others it should bring a more flexible Start screen, camera sharing features, contact sharing, counters and PlayTo (DLNA) function. Zynga games will also come to the Lumia series, but I can’t guarantee it’s related to this release.