If you’re an American Airlines customer and you plan on departing from Chicago O’Hare, LAX or Santa Ana John Wayne airports, there’s a new service for you. Say goodbye to traditional boarding passes, as now you can receive them electronically on your mobile phone or PDA, saving a lot of time (and paper). 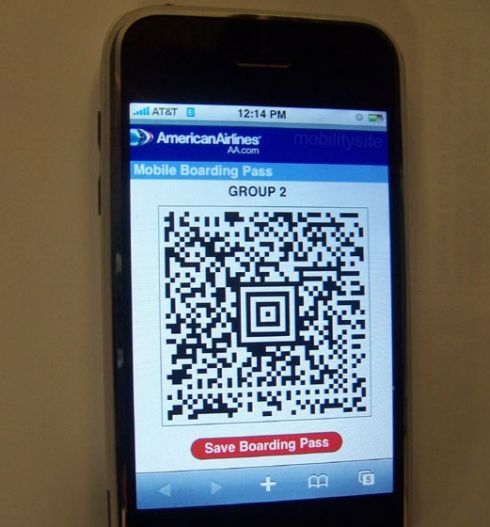 Mobile boarding passes have started being used since yesterday, for passengers departing from Chicago O’Hare and they’ll become an option for the LAX and John Wayne airports as well on November 17th. These passes use two-dimensional barcodes and require the user to check in on AA.com (or Aa.com Mobile), choosing “email for use on cell phone of other mobile device” afterwards and writing down their email address.

After doing that, the user must check his inbox on the mobile device and follow the link included in the email he has just received in order to get the Mobile Boarding Pass. Save the pass on your device (it’ll include a barcode) and show it at the airport’s security section.