I had the opportunity to witness the long-awaited HTC conference to announce the two Windows Phone 8 terminals , models to be considered a symbol of all that is the new version of Microsoft’s operating system. The duration of the event was shorter than I expected, without getting into the hardware specifications of the new devices. 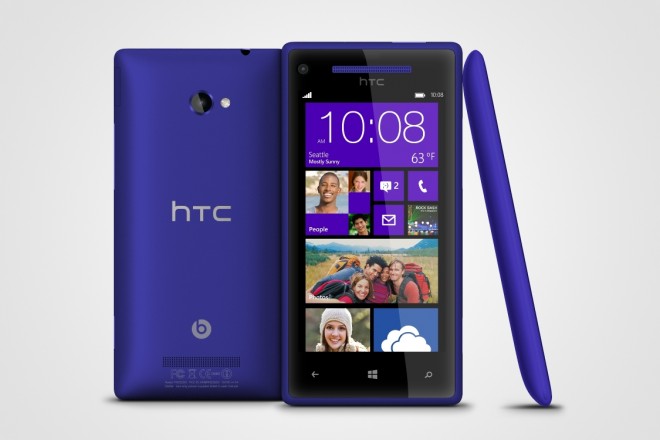 HTC has made a considerable effort to design and complete the two smartphones with Windows 8 they announced today. HTC CEO Peter Chou took the stage for several minutes to express his enthusiasm about the devices and close collaboration with Microsoft to create two smartphones to be considered an emblem for the WP8 OS. It was then up  to Microsoft CEO Steve Ballmer to express his satisfaction with what HTC has managed to design. He talked a bit about the new Microsoft operating system for mobile devices, which aims to be the simplest, yet advanced OS for smartphones and tablets.

The attention during the event was focused on the new flagship HTC device with WP8, called simply, to symbolize the main feature of Microsoft’s new operating system, the HTC 8X. One of the main features of the device is the camera, which has the same sensor for the main camera, including functions, present on the flagship Android smartphone, the One X. The front camera however has received a major upgrade with a BSI sensor of 2.1 MP and Full HD (1080p) video recording capabilities. Beats Audio is first implemented in a WP8 smartphone and HTC has included even an audio amplifier that works both for listening music when using headphones and speakers. The hardware configuration for the HTC 8X includes a 4.3-inch 720 Super LCD 2 display with Gorilla Glass 2 protection, Qualcomm Snapdragon S4 chipset with two Krait cores clocked at 1.5GHz, Adreno 225 GPU and 1GB of RAM. The smartphone measures in at 132.4 x 66.2 x 10.1mm and weighs 130g. 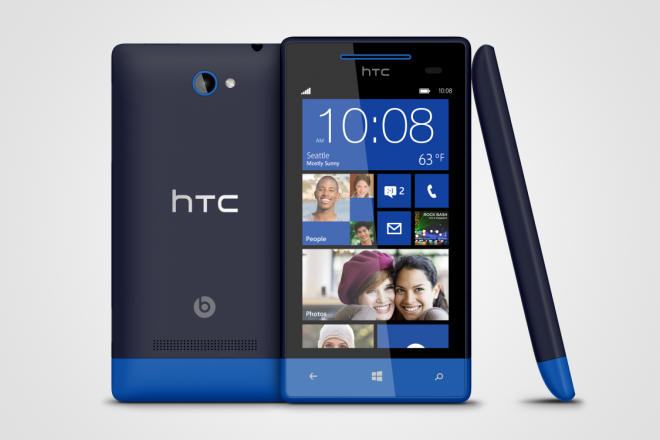 Like I said, the presentation took place around the peak-oriented model and the one in the middle class did not really stand out unless it was an overview. Due to the unique design, typical for HTC, and Microsoft’s operating system the HTC 8S can be considered one reference model too for the new version of Windows OS. The hardware configuration is modest and many of the features that make the 8X unique in its class have been stripped with this model. The Camera is a modest 5MP shooter and Beats Audio is currently only a software feature, without special hardware. Probably because of the minimum requirements for the new OS HTC has dropped the launch of an entry-level model – HTC 8V. Features of the hardware configuration for the 8S include a Qualcomm Snapdragon S4 chipset that runs on a 1GHz dual-core Krait CPU and Adreno 225 GPU, 512MB of RAM and 4GB internal storage expandable via a microSD card slot. with a 4-inch capacitive Super LCD screen of WVGA resolution, with Gorilla Glass protection. 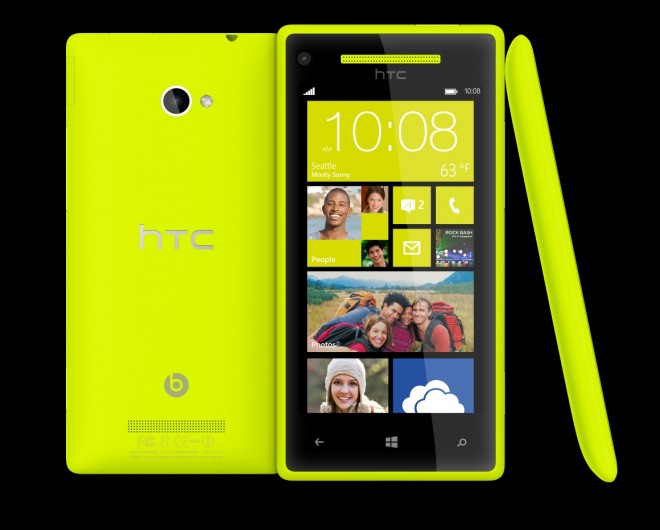 Both handsets will be available in early November, with coverage for 150 major network operators, in more than 50 countries, although the HTC press release did not mention pricing details. There will be several colors, including for the HTC 8X – California Blue, Graphite Black, Flame Red and Limelight Yellow.

Below – watch the entire video conference: