You might have heard about Eye-fi, the company that developed the first wireless memory card for digital cameras. Now they’re up for some cool software development, as they’ve just announced that they’ll allow the Eye-Fi card owners to send photos taken with the aid of iPhones to their computers and the web. 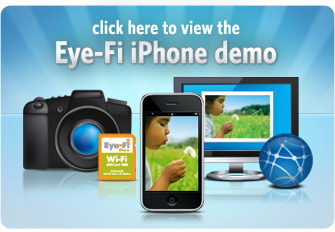 This app serves rather as a way to aggregate photos and organize them with the aid of folders on a PC, or via an online photo sharing/social networking service. Each photo you take with your iPhone will be tagged with information regarding the spot where it was taken and it will be viewable on a map.

The Eye-Fi app is being previewed at Macworld 2009 in San Francisco right now!