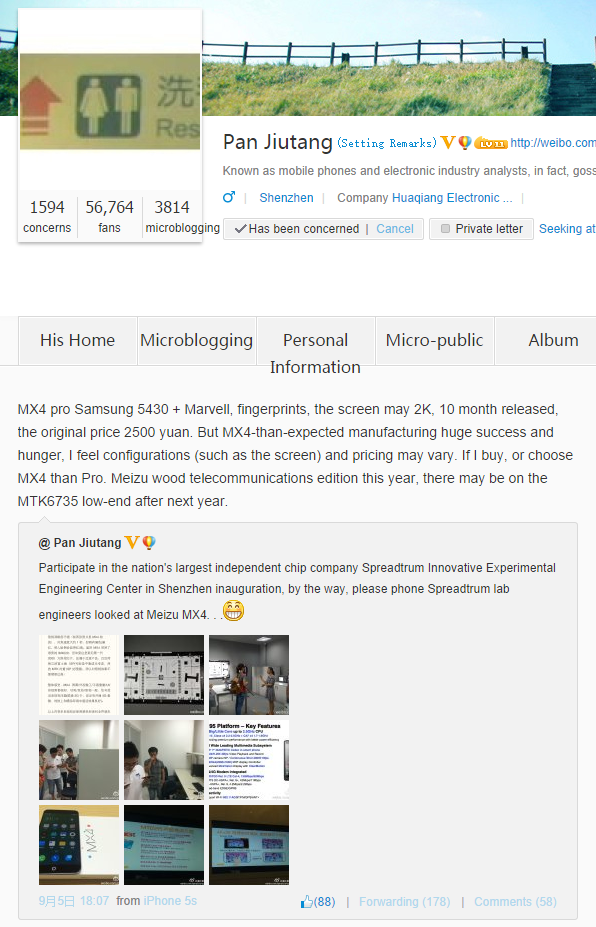 Yesterday we informed you about the possibility of seeing 4 GB of RAM on the Meizu MX4 Pro and today we learn more about this handset. Originally scheduled to debut on September 2nd with the Standard version, the superior model has been detailed by reputed Chinese tech analyst Pan Jiutang.

He posted on Weibo that he expects a price tag of around $407 for this device, as well as a Samsung Exynos 5430 processor inside and a 2K display on board. The 4G chip will be made by Marvell and the analyst believes that the Pro model will also have sub-versions, with a Full HD screen for example. A fingerprint scanner will also be included and this model may be delayed a bit, although I can’t quite make out till when.

I see that he mentions “10 month”, possibly referring to October, but there’s also the word “March” in the source link below. And then we’re still waiting on the Meizu MX4 Mini, that has yet to be leaked, detailed or receive a proper launch date. It’s interesting to see a device with a Samsung CPU and 4 GB of RAM that’s not a Samsung phone…