Motorola A4500 has just been revealed by FCC documents as one of the upcoming Verizon phones, a handset that’s similar to the Q9m/Q9c. We’re dealing with a world phone that supports quad band GSM world roaming, Wi-Fi and integrates a fingerprint scanner and a 2 megapixel camera. 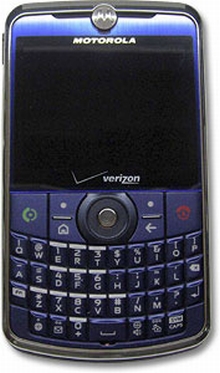 The smartphone has some features in common with the Q9m/Q9c, like EVDO data support, stereo Bluetooth, a memory card slot, voice command and a QWERTY keyboard. A4500 seems to be running Windows Mobile 6.1 Standard and it hasn’t yet been announced by Verizon or Motorola.