Remember the Foxconn suicide case last year, when an employee of the Chinese company stole an iPhone 4G prototype and was later found dead, having commited suicide? Apparently, this is not the first suicide that has struck the Apple partner that manufactures the iPhones. The latest case was the one of a 21 year old man who fell from the seventh-story window of a dormitory. 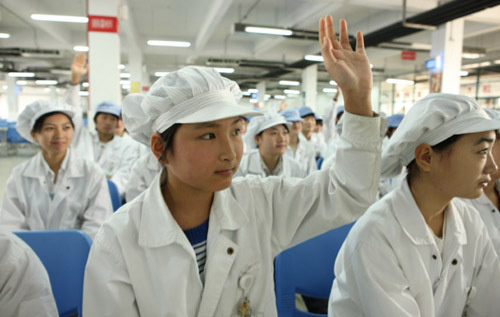 Apparently, the man had knife cuts on his body and a dagger was found at the scene. It is speculated that this was a suicide and the numbers are pretty scary, as far as Foxconn employees are concerned: 30 of them tried to commit suicide over the past weeks. Is there some internal trouble with the company?

Telegraph columnist Malcolm Moore labels this “trend” as a “suicide cluster” and the people who died were about the same age (25 or younger), all working for Foxconn for less than half a year. The Chinese firm is working on solving this problem and so far they’ve only brought in a Buddhist monk to get rid of evil spirits… We guess it takes more than that, maybe some bigger wages and a more decent schedule?