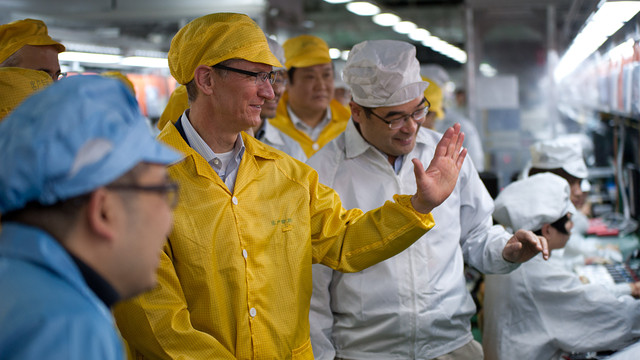 Foxconn Technology Group is preparing to spend well over $2 billion on a new factory on Taiwan, that will supply Apple exclusively with display panels. The installation of equipment will debut next month and mass production of panels is expected to commence by the end of 2015.

Apple already got display panels from LG Display, Sharp and at some point in time Samsung, although they’re depending on the South Koreans less and less lately. However, Apple’s iPhone and iPad shipments are growing, so they face display panel shortages, so Foxconn has to jump in. Innolux will build an advanced sixth gen plant at the Kaohsiung Science Park campus in Southern Taiwan and the funds will be spent over two years with 2300 people being hired there.

Foxconn already has dedicated factories fo Apple products in China, but this one would be the first dedicated for device components. There was a shortage for metal casings for the iPhone 5 at some point, that also generated a shortage of the devices within a month of the handset going on sale in 2012. That’s why Apple has to be careful with the manufacturing plants and process if it wants to stay competitive.