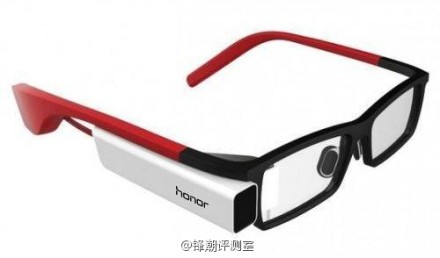 While at the moment, the only smart glasses that are official are the ones from Google, it seems that Chinese companies want to take on the market by releasing their own version of intelligent glass. Even if Huawei had an event planned for November 24, today we have the opportunity to see a first photo the the Honor Smart Glasses.

According to the these leaks, the Honor Smart Glasses will bring a 5-megapixel camera, Android 4.4 KitKat operating system and a lens display with a 640 x 480 pixel resolution. Also, we’ll get a couple of sensors, like support for gesture recognition feature that allows us to use a finger in the air for certain commands.

It remains to see what other specs we’ll have on the Huawei’s Smart Glasses and at what price they will arrive on the market. Would you buy them if the price is good enough?