Following the fears regarding the faulty security of BlackBerries, French president Nicolas Sarkozy and 20,000 of his officials had to give up their handsets, in favor of encrypted models. These smartphones are specially designed for politicians and other officials. 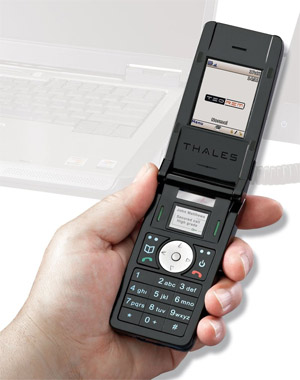 We remind you that back in 2007, the SGDN (French secret service) banned ministers from using BlackBerry models, mentioning a data security issue. Seemingly, it was all related to the fact that RIM’s email servers are located in the US and UK, so important data will pass through those systems.

Sarkozy is now using a device developed by defence giant Thales and it seems that this impenetrable smartphone will be dubbed Teorem. We don’t info regarding the specs, but what we do know is that the French prez called it “beautiful” and that it’s the clamshell unit pictured above.

Thales Teorem supports UMTS, EDGE, GPRS and GSM connectivity and it comes with state of the art government encryption.