This week Apple graced us with a new patent, one that seems to cover overheating prevention. The new document even starts off with a hint regarding the “Galaxy Note 7 style battery fires”, so we know why Apple resorted to this technology. They want to prevent iPhones from overheating and they’re using graphene for that purpose.

Interestingly, KGI analyst Ming Chi Kuo had predicted that the Cupertino firm would add a new graphite layer to the next gen iPhone, because it will have wireless charging and that could generate extra heat, leading to fires. Patently Apple has discovered this new patent, that hints at a heat spreader based on multiple layers of anisotropic material, like pyrolytic graphite for example. 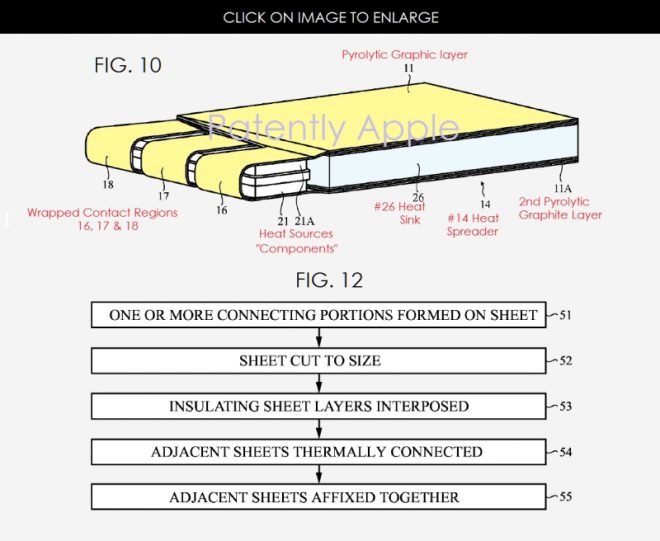 It should conduct thermal energy and get rid of potential problems. Multiple graphite sheets will be laminated and each will be thermally connected to the thermal energy sources within the device. To better explain this we’ve attached a video below, that shows off a system with graphite sheets from Panasonic. This is by no means a novelty, since Samsung also had a heatpipe for example in last year’s Galaxy S7.

Heat spreaders mentioned in the Apple patent have the role of moving heat between a heat source in a portable electronic device and a heat exchanger, that has a better surface area and geometry.