Last we heard, the very first Dell phone was coming to China this week with Android on board… and now it turns out that Windows Mobile will be the OS of choice for the device. Right now, all we have is this picture of the handset and we’re far from getting any legit specs for this phone. 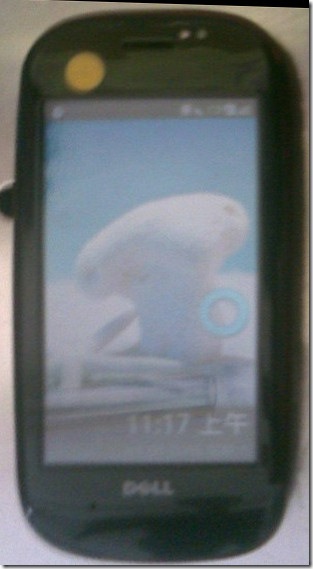 It’s interesting to notice that the Dell phone pictured above has a screen ratio of 1:1:66 (WVGA), that makes the Windows Mobile theory more plausible. We remind you that the Android devices use a 320 x 480 display with 1:1:5 screen ratio.

When the idea of a Dell phone first surfaced, we learned that the initial prototypes were rejected by major carriers, since they didn’t fit their requirements. Turns out that those handsets use Android and Windows Mobile, each with one version of the phone. Will we see 2 versions of the Dell handset surfacing this week?