The new fring for iPhone brings lots of fresh features, among which there’s also the new 2 way video calling, that’ll make use of the iPhone 4’s front camera. Also, this app allows the user to perform video calls from the iPhone 4 to other platforms, of non-iPhone users. 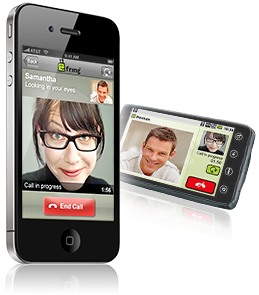 Video calls can be done via 3G and WiFi connectivity and if you’re wondering about the features of the latest fring for iPhone, know that it’s been tweaked for iOS 4. This means we’ll be seeing multitasking support on it, allowing the user to run fring in the background and alerting him about new video calls or chat without opening the app.

A new social stream feature is also included in the app, a chronological stream of tweets, Facebook status updates, calls and chat, in a single menu. As an extra, fring brings a smart address book in the game, managing the buddy list and merging contacts on the iPhone. Here’s the new fring in action: