The iPhone 3G, 3GS and iPhone 4 models can now receive the iOS 4.0.1 update via iTunes, as we’ve just learned from mobilecrunch. The update was made available recently and there’s also one released for the iPad: iOS 3.2.1. 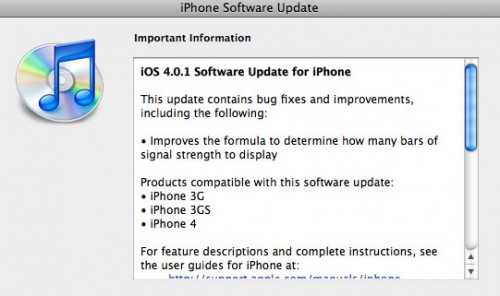 As you may already know, iOS 4.0.1 was released with the primary purpose of solving part of the signal issues on the iPhone 4, by changing the formula used to determine how many signal bars will be displayed. As far as the iPad update is concerned, this brings a fix for the WiFi issues on the tablet and also one for the PDF copy/paste bug.

Other bugs that have been corrected on the Apple slate are the video playback ones and reliability issues. Bing is added to the Safari search options, as an extra. 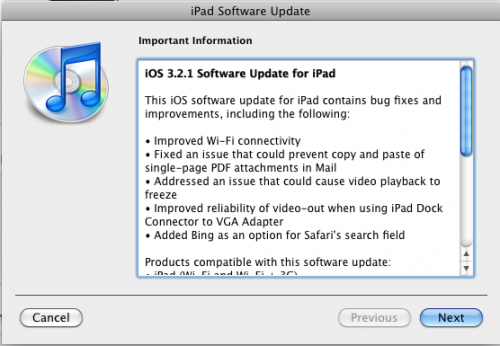