We’ve just found a shot of a mysterious Nokia handset, that was leaked in the trailer of the movie “Real Steel”, that tells the story of Wolverine, played by Hugh Jackman. This mysterious Nokia device has smooth tapering edges like the N8 and it can be seen below. 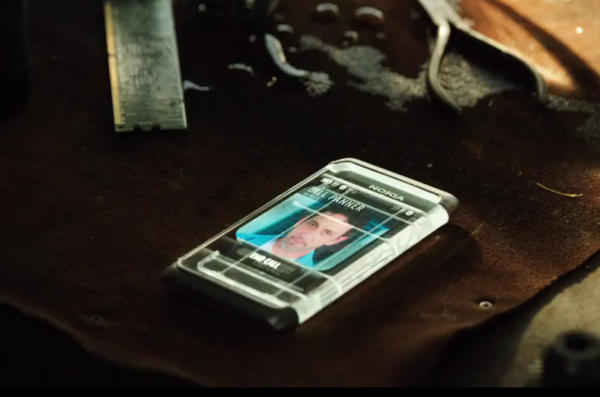 Its sides seem to be glowing with LED lights, while the UI is pretty similar to the MeeGo screenshots we’ve been seeing over the past years. Considering the recent FCC approval of the Nokia N9 and the fact that an agency is shooting a commercial for the mysterious Nokia N950, could this handset be one of them, or maybe both if they’re the same phone?

Of course, we could be dealing with a mere concept, or a prototype handset made for the movie… This isn’t the first time that Nokia leaks products in movies, as this happened in  The Dark Knight and Star Trek, if I remember well.