Nokia recently stated that they predict a drop of the phone market in the fourth quarter and next year, as the global economy slows down and consumers decide to spend less. The company forecast 1.24 billion handsets sold this year, less than its last estimate (1.26 billion) and blames some of these drops on the economy issues plaguing the world. 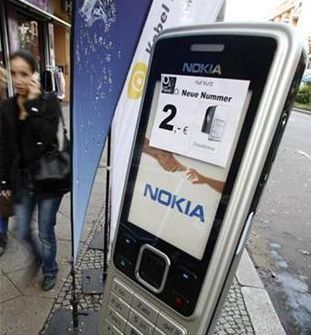 While the components’ prices continue to increase, currencies from emerging markets are becoming weaker, so the consumers in those countries are less interested in Nokia’s products. There’s only hope for the smartphone segment in 2009, as HTC, Apple and RIM continue their ascending trend and conquer more and more middle and upper class customers.

Nokia expects the fourth quarter shipments to be around 330 million mobile devices, less than the 346 million estimates of the Reuters poll from the beginning of this month and less than in 2007.

Things are also pretty bad in the Finns’ backyard, as Nokia Siemens Networks announced that it’ll cut 1820 jobs in Finland in Germany especially, shortly after Nokia said that it will cut 600 jobs in the marketing and research departments.