You know the cliche “red is the new black”, well let’s translate it to “handsfree UI is the new touchscreen” so bare with me while I use this metaphor. Itay Katz, eyeSight’s CEO introduces the company’s revolutionary technology, which uses a handset’s camera in order to interpret the user’s gestures and turn them into commands. 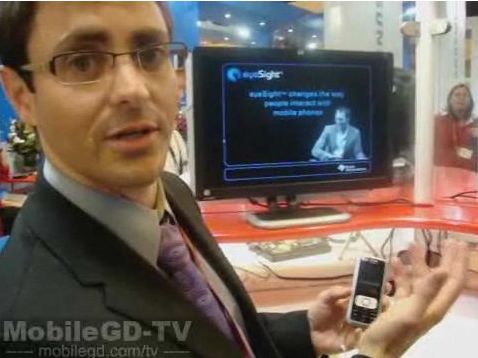 So gesture recognition will be the next touchscreen, so to say, as any finger movement will trigger a reaction from the phone you’re using. Gesturetek is also working on a similar technology, together with NTT DoCoMo, but they’ll use it in mobile games.

The reason why we’ll have this technology is as simple, as it is vain: people don’t want fingerprints on their glossy handsets any more…