Are you ready for the Windows Phone invasion? After seeing the HTC 8X and Nokia Lumia 920 debuting on some local US carriers like AT&T and Verizon, it’s T-Mobile’s turn to take part in the WP revolution. They’ve just launched the Nokia Lumia 810 and the flagship HTC 8X handset, also known as Windows Phone 8X by HTC. 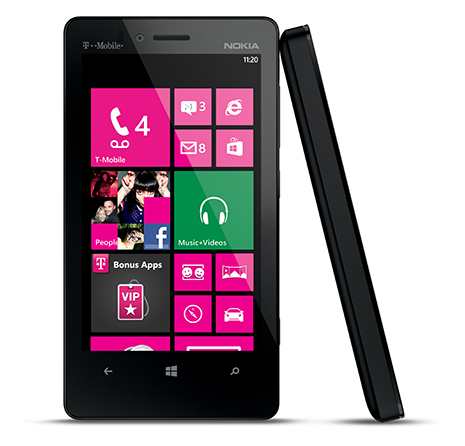 The carrier usually sells more midrange/low end Windows Phone units, like the Nokia Lumia 710 and HTC Radar 4G, so it’s unusual for them to sell such hot newcomers. Nokia Lumia 810 is sold for $149.99 with a $50 mail in rebate and a 2 year contract. If you don’t like commitments, you can get it off contract for $549.99. For this price you get a 4.3 inch display with 480 x 800 pixel resolution, 8 GB of storage, 1 GB of RAM, a microSD card slot, an 8 megapixel camera and a dual core Snapdragon CPU.