HTC Accord has been leaked before in a supposed press shot, but in the meantime it got rebranded to HTC 8X and it’s launching today in a special HTC event in New York City. The launch event starts in about 5 hours and meanwhile we’ve just spotted a Verizon branded leaked picture of the handset. 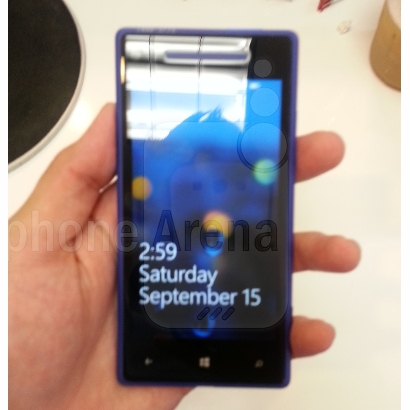 Aside from the HTC Accord/8X, the Taiwanese company will also launch two new models called Rio and Zenith, if previous rumors were true. All of the newcomers are Windows Phone 8 units, probably most of them with Snapdragon S4 processors. The HTC 8X supports Verizon’s 4G LTE network and it should come with a 4.3 inch HD display, dual core Snapdragon CPU, NFC, an 8 megapixel rear camera, 8 or 16 GB of storage and a front camera. There’s a bit of a debate going around the microSD card slot, that initially was rumored to not be included, but now it is.

Verizon is already preparing to introduce the Nokia Lumia 820, so its Windows Phone 8 offer will get diversified today. From the other rumors in the past we knew that HTC Accord has a kickass 8 megapixel camera, maybe using that ImageSense technology that worked so well on HTC One Series devices. We’ll know more in a few hours!