Rybarczyk Francois imagined a concept of a HTC phone with an optional battery module that you can detach and charge separately other than the usual cell phone batteries .  Thus, when you attach it to the handset you’ll give it the extra power it needs. He also imagined a future where we use no wires and you can simply plug in the phone to a power source, without requiring an extra wire. Here’s the device: 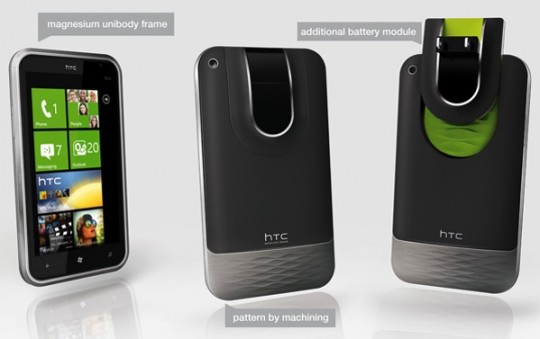 This HTC concept uses a magnesium unibody chassis and its design also involves a lower back side imprinted with an unique pattern, done by machining. This model looks a bit like the recently leaked HTC Edge quad core phone and it keeps the usual HTC lines and elegance. The design imagined this unit both with Windows Phone and Android, but I fancy the letter more, because of the way it integrates those capacitive keys. The idea of the battery module inserted into the phone is even more useful when you think of all those LTE smartphones that drain their batteries so fast.

Also, with all the wireless syncing going on, we’re one step away from getting rid of the USB cable, so why not get rid of it for good and simply plug the phone’s charging socket into the power source and get rid of other accessories such as charger and cables. What do you say? 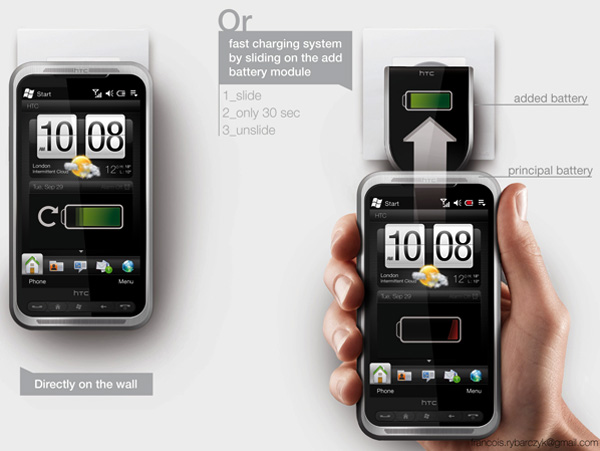