The upcoming flagship device from HTC seems to be what everybody is talking about lately and it has been confirmed that the smartphone will be supporting a lot of new and innovative features. Besides it will offer a very powerful hardware configuration. 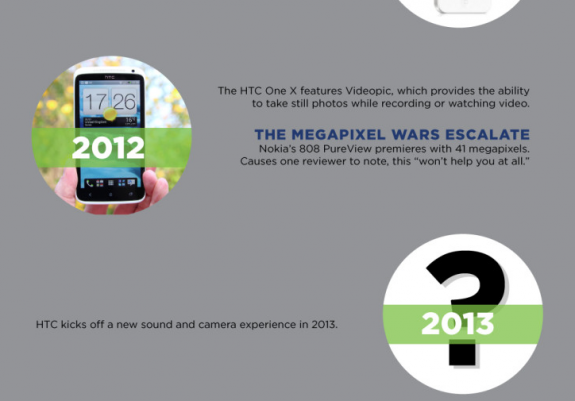 Te HTC M7 is reported as one of best devices that is going to be available for this year and also a game changer from some points of view. Gottabemobile has recently uncovered that the device will bring some interesting new features camera wise and it seems the reports were actually true. According to the latest info coming straight from HTC the M7 is indeed bringing some changes in terms of camera performance. We also have HTC’s CEO Peter Chou snapping pictures with the silver-white variant of the phone at the end of the year event in Taiwan.

The latest rumors state that the HTC M7 will be the first to offer ultrapixels resolution for the camera. These are composed of three layers of 4.3 regular megapixels each that are combined into one smaller picture that offers top quality and accurate details like never before. HTC places their technology against Nokia’s PureView 41 MP smartphone, claiming that theirs is better. The M7 is said to be powered by a quad-core Snapdragon S4 Pro with 2 GB of RAM and a 4.7-inch 1080p display. We expect the device to be announced from New York on the 16th of this month.