Samsung has just announced two new Galaxy series handsets, ones that belong rather to the lower end smartphone segment, than higher end units. Those are the Galaxy Fame, pictured below and the Galaxy Young pictured at the end of the article. These handsets have in common the OS, Android 4.1, their CPU, a 1 GHz unit and 4 GB of storage. 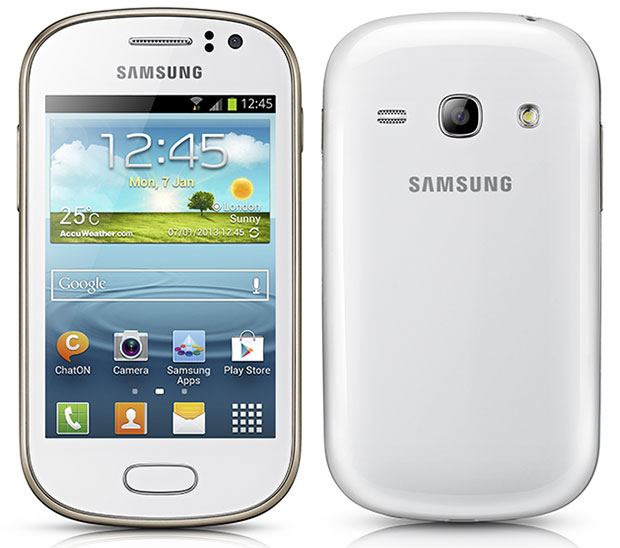 Both phones will come in dual SIM versions and sadly we have no prices for them right now. Samsung Galaxy Fame features HSPA connectivity, a 3.5 inch HVGA TFT display and a 5 megapixel main rear camera, with LED flash. There’s also a VGA front camera available at the front and we also get a new version of TouchWiz, plus AGPS, Glonass, Bluetooth 4.0 and WiFi. NFC is optional and we also find an accelerometer, digital compass, 512 MB of RAM and microSD storage on the specs list.

The Galaxy Young adopts a smaller diagonal, 3.27 inches on the HVGA TFT display and it comes with a main rear camera with 3 megapixel resolution. Also featured on this model there’s AGPS, Bluetooth 3.0, WiFi, an accelerometer, digital compass, 768 MB of RAM and microSD storage. Galaxy Fame comes in white and blue and Galaxy Young launches in white, blue, red and metallic silver. 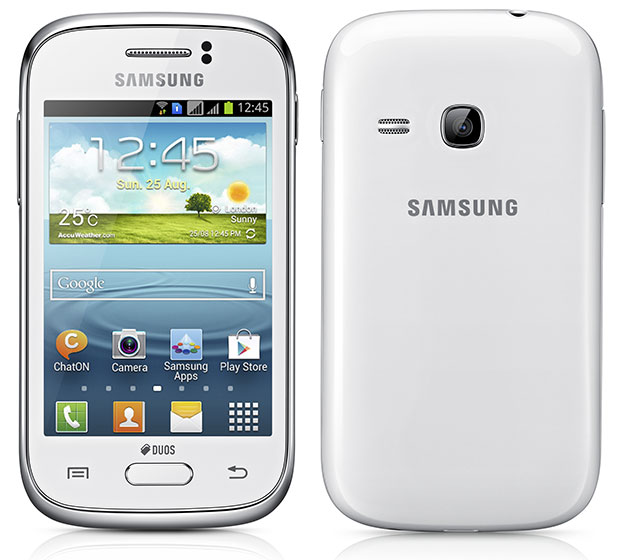