The idea of a folding phone has been explored for a long time now, without some clear results so far. However, it seems that Samsung is closer to delivering a real full fledged foldable phone, that may come as soon as MWC 2013. The event takes place in Barcelona this month and it may bring us the rumored Samsung Galaxy Q phone, the foldable phone everyone’s talking about. 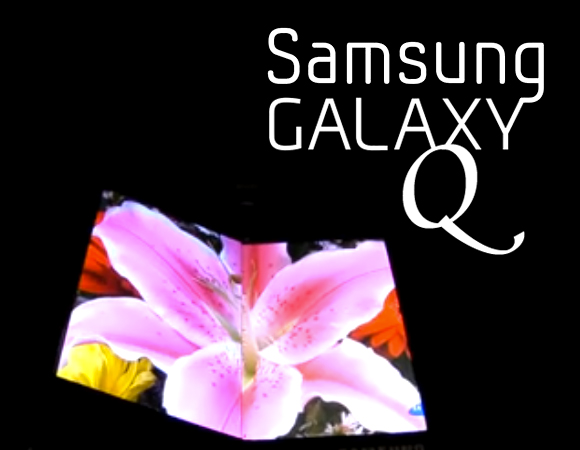 The folks of MobileGeeks have found proof regarding this model, with a GLBenchmark result to support the claim. The general idea is that the handset will bring a set of two displays that will fold into one and deliver a 1080p resolution. Previous dual display setups have failed, with the Kyocera Echo phone and Sony Tablet P failing to catch on. Back in October 2012 we learned that Samsung may release this phone early this year and now we’re getting closer. The video below shows a demo of the Samsung foldable display, in its very early phase in 2008.

The product is clearly more evolved now, 5 years later and it may even become commercially available. Samsung also announced the YOUM brand not so long ago, so flexible handsets should start coming. MWC is exactly the place to showcase crazy projects or original phones like the Galaxy Beam last year. Reports say that the Galaxy Q will have a dual core 1.7 GHz Exynos 5250 processor, 2 GB of RAM, an 8 megapixel camera at the back, 2 MP front shooter and a 3500 mAh battery. Will it pan out like that?