ZTE is among the manufacturers that has chosen to push hard on the mobile devices market, particularly in the Android device segment. The manufacturer is considered among the most fortunate to have benefited from increased consumer response. 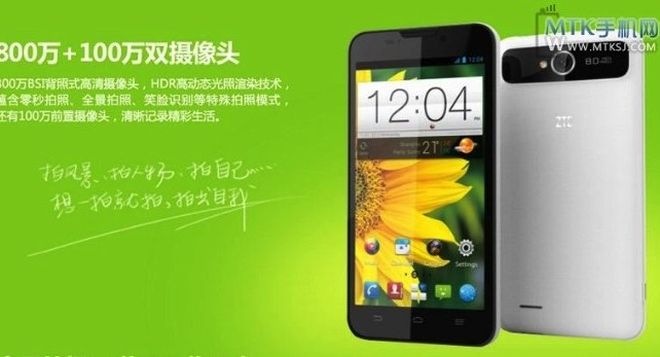 ZTE has launched some great Android devices last year, and even a model featuring an Intel Atom CPU and running Android 4.0 ICS. For this year the manufacturer is expected to make an appearance at MWC in Barcelona, to announce its newest Android device line-up. What makes ZTE a successful manufacturer is its aggressive pricing strategy for its headsets.

ZTE Grand S is a budget friendly smartphone designed for the local market in China. The manufacturer has packed the device with a MediaTek MT6589 quad-core chip clocked at 1.2 Ghz and 1 GB of RAM. The device features a 5-inch HD display offering the resolution of 1280 x 720 pixels. The smartphone offers a micro SD card slot to expand the 4 GB of built-in storage and to store the pictures snapped with the 8 MP rear camera. The device runs Android 4.1 Jelly Bean and it will be priced at around $272 contact free.