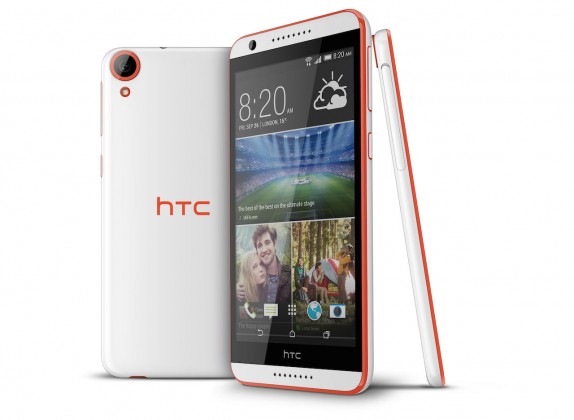 IFA 2014 was the place where HTC announced the succesor of the Desire 816 phablet, a device called HTC Desire 820. Among other features like its beautiful colorful case, the new mid-range phablet is in the same time the world’s first smartphone that brings in the package a 64-cit octa-core processor.

Today, through the guys from cnmo.com we found out that the Desire 820 got a first price in China – $325, and the fact that until now there’s almost 130.000 pre-orders for the devices. For such an amount of money, we’ll get a phablet with a 5.5-inch HD display, an octa-core 64-bit Snapdragon 615 processor and 2 GB of RAM.

We also get an Adreno 405 GPU, 16 GB of internal space of storage, a microSD card slot up to 128 GB, a 13-megapixel main camera with LED flash, a 8-megapixel front-facing camera, LTE 4G connectivity, and the Android 4.4 KitKat operating system with the Sense 6.0 custom interface applied on-top.