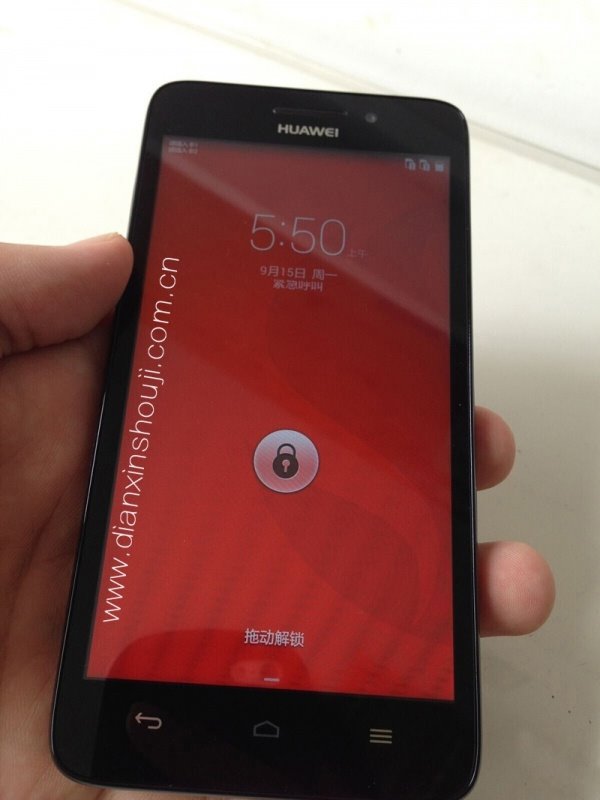 Huawei is said to be preparing a special event for September 22nd, where it will unveil a very interesting device. This one is both a 4G and 64 bit model, one that’s shown in the leaks below. There are hands on pics and benchmarks available here.

The smartphone has a Qualcomm Snapdragon MSM8916 processor, clocked at 1.2 GHz, which is most likely the Snapdragon 410 model. This one is a 64 bit chipset and it relies on 28 nm production process. The Huawei newcomer was spotted with Android 4.4.3 on board with the EMUI custom interface applied on top. There will also be an update to Android L in the future, it seems. The score in AnTuTu looks good for a midranger, I have to say.

Checking out the hands on pics, we discover dual SIM slots, a rear 8 megapixel camera with LED flash and a front 2 MP shooter. There’s 1 GB of RAM on board, 8 GB of storage and a support for a maximum of 32 GB extra via microSD. Other specs include a 5 inch IPS HD display, an 8.5 mm thick chassis and a weight of 160 grams. The 2000 mAh battery is non removable and it looks pretty big.

I can’t guarantee that the translation of the source is correct, but this model may end up being called Huawei Glory Play 4.