It appears that HTC is preparing some new phones, not settling with just the One. The Desire brand has been getting new models every year now, since 2010 and now it’s getting two additions to the series: Desire P and Desire Q. 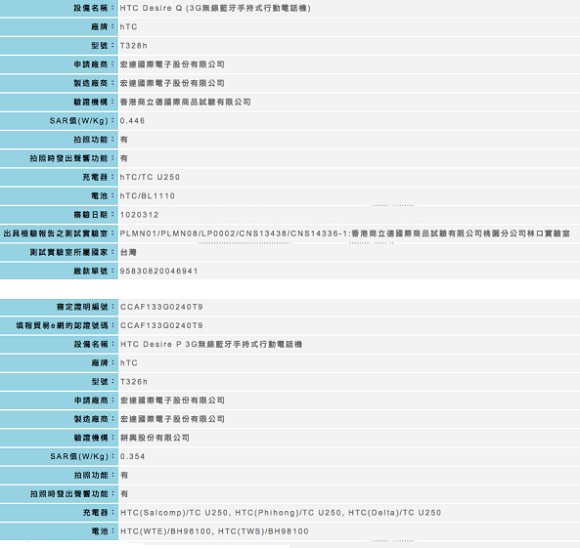 The Desire U was announced in Taiwan in January and now we get these two new smartphones approved by Taiwan’s National Communications Commission. The new models are called the HTC Desire P, with the model number being T326H and the Desire Q, dubbed model number T328H. There are no photos of the devices out there and we have no idea of what features they’re going to put on the table.

We do know that the HTC One is the company’s only flagship, so the new Desires are probably mid end or low end devices. Just so you know, the Desire U that was introduced this year only runs Android 4.0 ICS, so it’s clearly not a high end model. Right now HTC has released more than 10 different Desire smartphones all over the world.