Since we’ve just learned that HTC HD7 is weeks away from its launch, the Windows Phone 7 device is more welcome than ever to leak on the Interwebs. And so it did, over the past days, having revealed its specifications, clear images and now a video of it in action.

The shots come from Germany, were the HD7 will debut in 2 weeks and the specs were confirmed to include a 4.3 inch touchscreen, 5MP camera with HD video recording and Dolby Mobile sound. The images below show the new HTC smartphone, considered the direct HTC HD2 follow-up, being compared to the Samsung Galaxy S.

The 4.3 inch display makes all the difference! 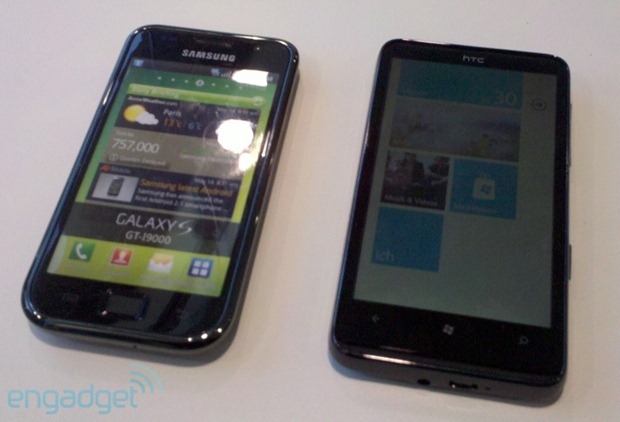 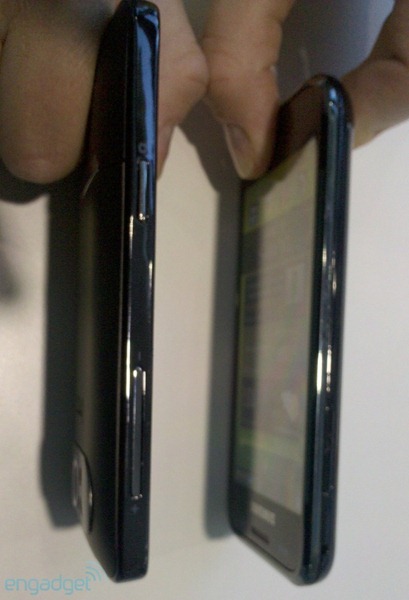