The folks of Engadget have had the opportunity to mess around with HTC HD7, one of the most appealing Windows Phone 7 models that debuted with the OS. This is considered HTC HD2’s follow-up and was at some point even dubbed the HTC HD3. Whether or not this brings something extra to its predecessor, aside from the OS, it’s up to Engadget’s experts to tell us. 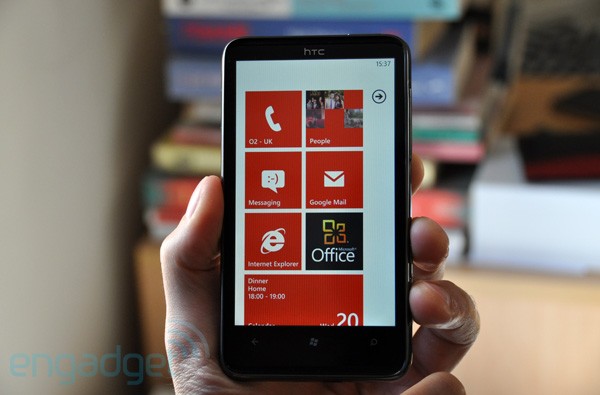 In case you’re not familiar with the HD7, know that the device comes with a 1GHz Qualcomm Snapdragon CPU, 576MB RAM, a 5MP autofocus camera with 720p video capture and a 4.3 inch display with 800 x 480 pixel resolution. Moving on to the design, we discover an interesting kickstand right from the start, that eases lengthy video playback in landscape mode, for those long hours of movie viewing.

Two speakers frame the huge screen and moving on to the back we learn about the first flaws: the construction material quality, which is poor, because the back cover is made from flimsy plastic. This makes the handset prone to creaking, although the case looks durable at first glance. Well, at least we’re dealing with an ergonomic device… 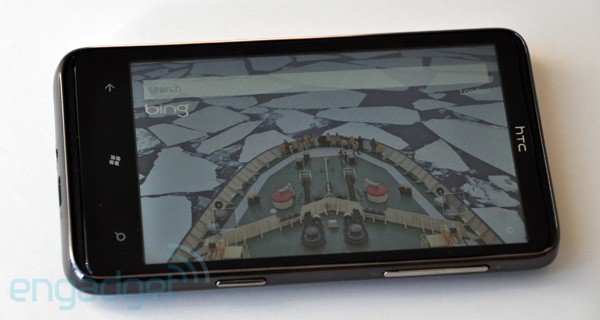 Another flaw (of all WP7 models) is the lack of external microSD storage, so you’ll have to do with 16GB of internal memory if you live in the US and UK, while the rest of the world gets only 8GB. Also, we’re not that impressed with the CPU, the same as the one present on the HTC HD2, that debuted an year ago, so it’s pretty much old news. 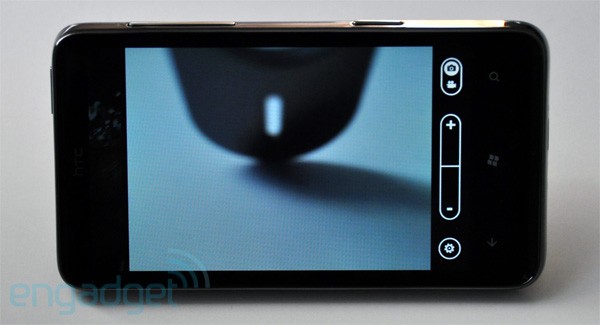 HTC HD7’s camera has its ups and downs, like the fact that at times it’s able to perform a white balance even better than some DSLRs, while other times it won’t manage to focus properly and keeps shooting 480p videos by default, although you switch to 720p each time you start capture. For more details on the smartphone and conclusions, be sure to read the full review.

Also check out the following videos of the device: