HTC HD7S is a Windows Phone 7 handset coming to AT&T on June 5, with a price tag of $199. The device will be available on a 2 year contract and its price will be $199. The handset was announced back in March and AT&T promised to deliver it in weeks. 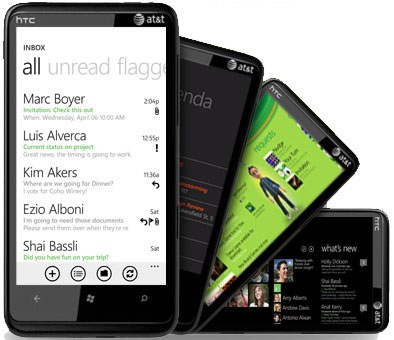 This model is based on the first HTC HD7, available in Europe and on T-Mobile USA. It comes with a 1GHz CPU, a 4.3 inch WVGA Super LCD screen, 5MP camera and the Windows Phone NoDo version already installed. AT&T will also bundled the u-verse mobile feature with it. If you’re interested in similar products, know, that Verizon will be offering the HTC 7 Trophy online for preorders on May 26.

The 7 Trophy hits the stores on June 2.