HTC Hero’s distinctive design element was its “chin”, also present on HTC’s first Android phone, Dream G1. Now there’s a photo going round the web, portraying Hero without its famous “chin” and we wonder what type of device this is… 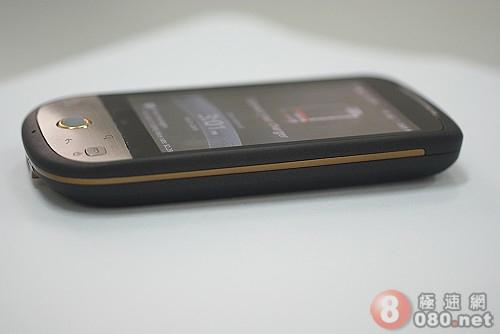 Since HTCs can go a long way, as far as customization is concerned (look at Sprint’s Touch Pro and Verizon’s version, or AT&T’s Fuze), we wouldn’t be surprised if this was a HTC Hero designed with a certain carrier in mind. 8080.net, the site that published this photo for the first time, claims that this in fact HTC Hero200, that just got approved by the FCC for the CDMA bands.

Still, this might be a clone or simply a mod, so don’t bet your house on the fact that this Hero would be coming to the US market.