A new Nokia mystery phone has just passed the FCC, sporting 32GB of memory, just like the N97 and N900. Nokia Alvin RM-559 will probably get detailed at Nokia World 2009, starting tomorrow, but till then we notice that it’s quite a long device, almost as long as LG BL40 Chocolate, but not quite like that. 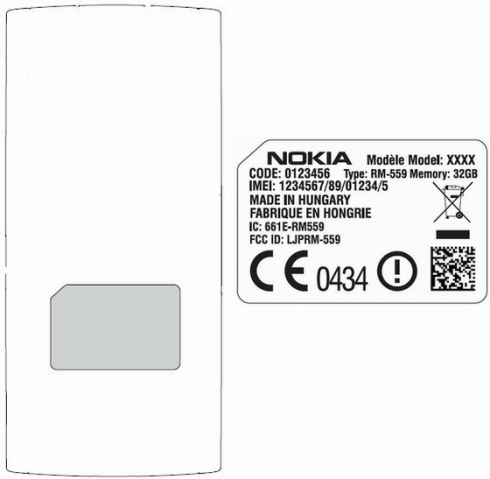 FCC’s documents show that Alvin supports quad band GSM connectivity and there’s also support for tri band WCDMA on board (900/1900/2100 MHz), plus Wi-Fi and Bluetooth.  Battery-wise, the Nokia handset comes with a BL-5J unit (1320), the same used on Nokia N900.

Nokia Alvin could be one of the mystery touchscreen smartphone made by the Finns and ready for the announcements in Stuttgart, but we’ll have to wait and see, before we speculate on this device.