HTC Hero is undoubtedly the most promising handset of the Summer 2009 time period, specially thanks to its innovative UI, HTC Sense. What the device is really about, we learn thanks to Crunchgear’s detailed review, that we’ll dissect below. 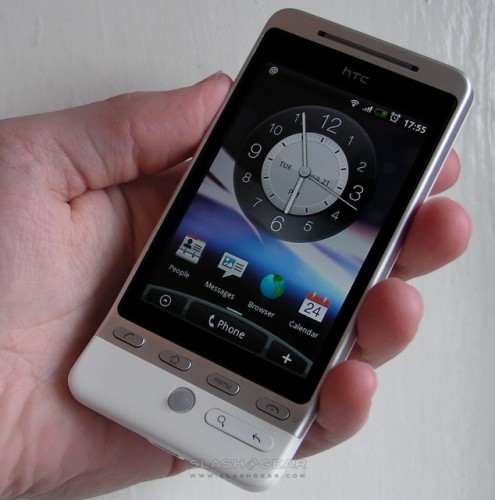 A quick look at the exterior of the phone reveals design traits borrowed from HTC Magic (the overall style and look), but also the “chin” that gave the Dream G1 its personality. Hero measures 112 x 56.2 x 14.35mm and it’s quite a thin device, made elegant by its brushed metal display edge. Another improvement of the phone is the fact that it features a 3.5mm headphone jack, a trend we’ll see taking effect on future HTC devices as well.

Moving on to the back side of the smartphone, we uncover the 5 megapixel camera, sadly without flash and without any dedicated camera buttons to accompany it. The front side reveals a 3.2 inch capacitive touchscreen display (320 x 480 HVGA resolution) and the usual 6 Android buttons beneath it. The same trackball from Magic and Dream is still there and it lights up when you receive a call or text. 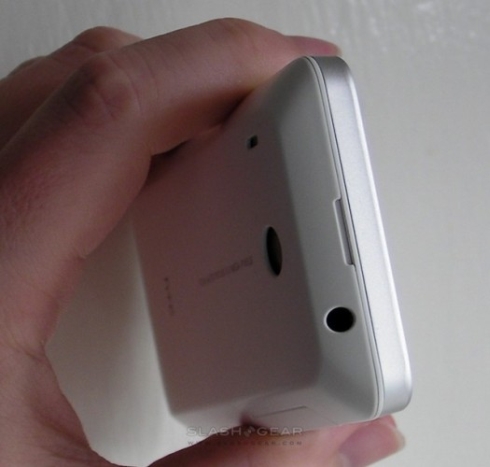 Another major advantage of HTC Hero is its teflon coating, making it more resilient to scratches, staining and providing extra grip. The device’s microSD card slot can be accessed without pulling out the 1350 mAh Li-ion battery, which is also a cool feature. On the inside, things are beautiful as well, with a 528 MHz Qualcomm CPU running the show, together with 512MB ROM, 288MB RAM and a digital compass, accelerometer to complete the list.

Check out this address for Hero’s full review and take a look below, for the video analysis of the handset: