HTC’s leaking devices big time these days and Sony Ericsson too, so after checking out a couple of live pics portraying the XPERIA X3, it’s time to finally figure who the X3 really is. Remember Rachael/Rachel? The SE Android device is the third XPERIA phone, with a specs list attached to it. 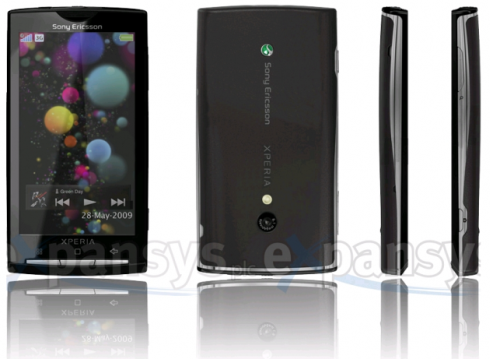 Long live Expansys and their tendency of leaking things like the X3 specs list! Thanks to them, we find out that this phone comes with a 4 inch touchscreen, with a 800 x 480 pixel resolution, support for quad band 2G, 3G, HSDPA and HSUPA connectivity, an 8 megapixel camera with autofocus, 8x digital zoom LED flash and image stabilization.

VGA video recording is also supported and Rachael’s specs list includes a microSDHC card slot as well, plus a 3.5mm audio jack, Bluetooth 2.1, Wi-Fi and AGPS. Should we expect a bundled launch of the XPERIA X2 and X3?