AT&T is slowly but surely warming up to Android, as shown by a recent clip leaked by Android Central. This video shows, among others, some folks waving around  HTC Liberty, a yet unannounced device, that suffered many name changes over the past weeks. 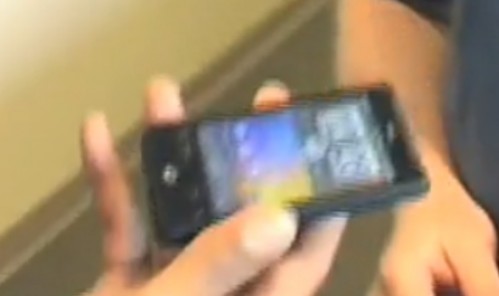 You can’t quite make out the details on the device, aside from the fact it runs Sense UI and it has a flush face with capacitive buttons on the bottom. The leak mentions that the screen resolution is a mere 320 x 480 pixels, which is pretty unappealing.

AT&T’s Android devices have been on the low end side till now, so don’t expect to be surprised…