Among the rumored devices HTC is apparently going forward with this year, a majority of rumors talk about the M4 as a mid-range handset that is supposed to be unveiled soon enough. Courtesy of an Estonian website we can now take a look at the upcoming handset’s design compared with the flagship model. 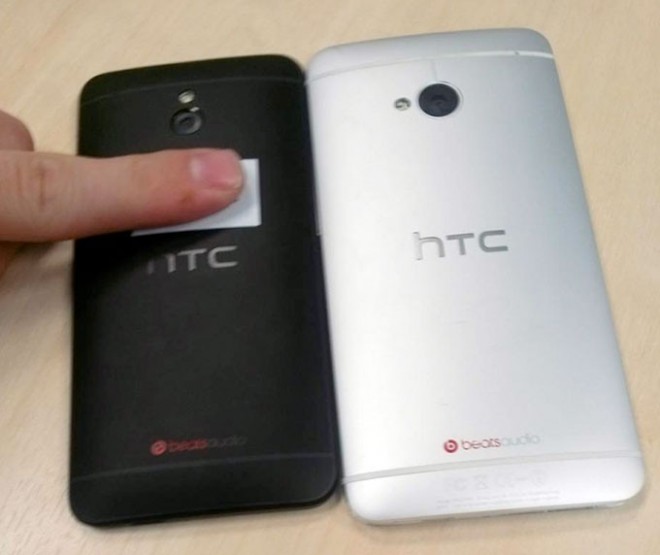 Estonian website Delfi.ee has managed to get a hold on what looks like a solid image showing the design of the upcoming HTC M4. According to it the smartphone offers similar characteristics to the flagship model, except for the much smaller rear camera module. Under the circumstances, it is no effort of imagination to consider the M4 an HTC One mini, going for the same highly-appreciated shape as its bigger brother the HTC One. 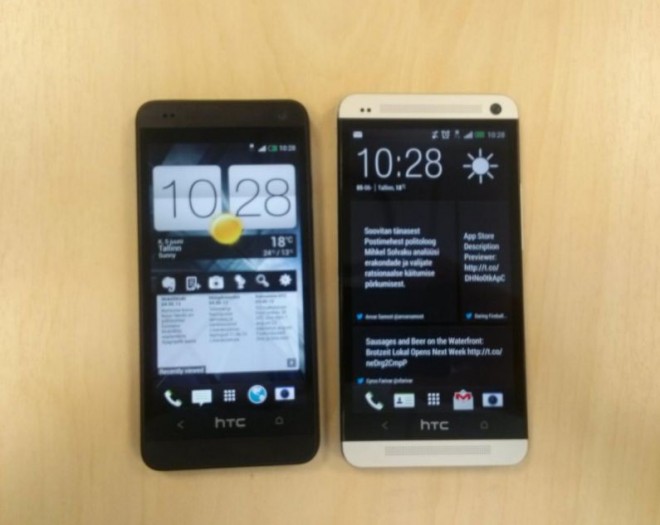 Again from the same website we have a list of specifications concerning the upcoming HTC smartphone. The device will apparently be powered by a dual-core hardware configuration with 2 GB of RAM. An 4.3-inches HD display, 16 GB of internal storage and Android 4.2.2 complete the specification for the rumored model. As far as the camera goes, website Delfi.ee claims it will be an Ultrapixel one, which seem a bit far fetched given the size of the module. It will apparently be coming in August with a 400 Euro price tag.