Everyone has been talking about the Nokia EOS cameraphone with a supposed 41 megapixel camera module for a while now, but we didn’t have any pics to support that. Now there’s a fresh shot of the handset, followed by an avalanche of pictures trickling onto the Internet. 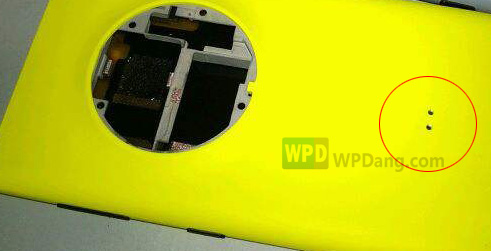 You can notice that we’re dealing with a smartphone that packs a hump in the back area and the camera module seems huge this time. We’ve also got a closeup of the sensor, courtesy of Vizileaks showing “XX megapixels”, probably 41, plus a Xenon flash and a LED one. There’s a Carl Zeiss lens on board and as far as the design of the handset goes, it looks like a wider Nokia Lumia 920, but the facade remains pretty much the same. 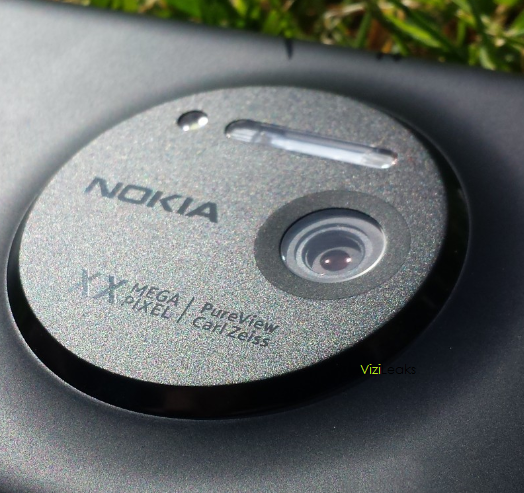 The body is a yellow polycarbonate one and the thickness is not bigger than the Lumias we knew, aside from the area of the camera module, where things get bulky. The device is also shown to work with a detachable wireless charging case, as the twin ports below the lens confirm.